Get to Know Didi's

Owner and Chef, Scott Hoffner, has been in the business more than 30 years and is committed to the Frisco community where he and his wife are raising their two little Didi’s.

Scott began his career in the restaurant business washing dishes at the age of 9 in Plano, TX. His love for food and cooking were fostered by his mother (Didi) during his youth and he was working the line by his early teens. His passion took him to Providence, RI where he earned a degree in Culinary Science and Hospitality Marketing at the esteemed Johnson and Wales University.

Scott’s love of adventure led him to Southern California where he became Chef de’ Cuisine of the Ojai Valley Inn and Spa. He was then recruited by an independent restaurant, Pangea, where he was able to focus on his dishes and create strong relationships with his customers. After the birth of his first daughter, he decided to move his family from sunny California to Colorado and then on to Montana to find the right “spot” to settle down.

He realized home is where the heart is, and his heart is here in Texas. Upon moving back to Texas, Scott worked as the Executive Chef at Agave Bar and Grill and then accepted a position as the personal chef for a local professional athlete. Scott went on to help open, as Executive Chef and General Manager, one of Dallas’s premier seafood restaurants on Oak Lawn. From there, Scott took on the Executive Chef position at J. Macklin’s Grill in Coppell, TX. Most recently, he has served as private chef to NBA and NFL players in the DFW metroplex.

Scott Hoffner is tapped into Texas. Born and raised here with extensive history in multiple restaurants, he is able to handpick his staff to provide the best hospitality and top-notch cuisine. Training staff and making sure that patrons have positive memorable experiences is a priority. 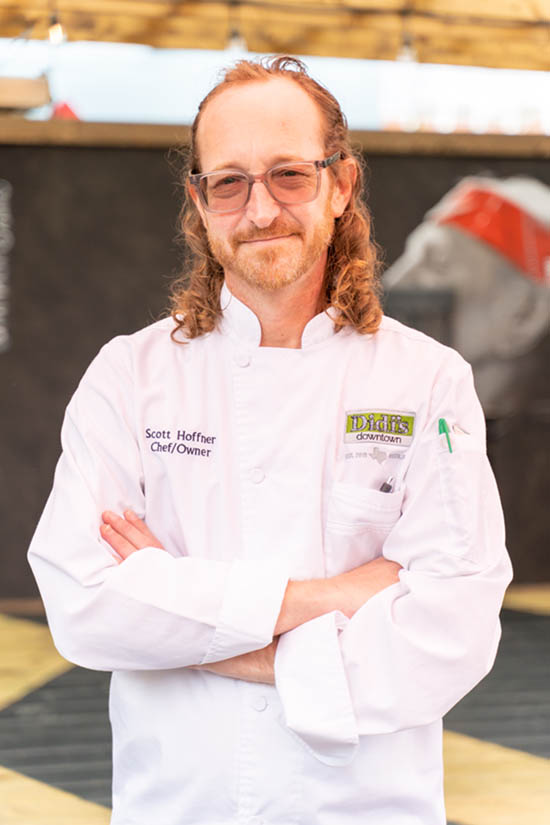 We all know the Cowboys didn't make it - again...

Don't worry about the chilly willy weather - the p

Okey dokey, a Lil chilly but we got you covered!

What a fabulous evening last night, let's do it ag

Y'all make sure you get on over here to Didi's Dow